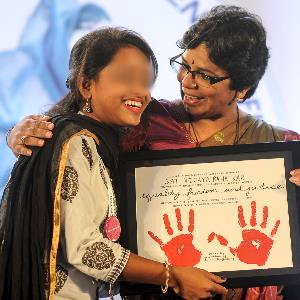 Among other noteworthy achievements, IJM document in their annual report that we collective have:

In their annual report The International Justice Mission tells about their latest efforts:

Highlights from Our Year:

This year, IJM partnered with the state government of Maharashtra on a first-of-its-kind conference to build unity, momentum and leadership in the fight against sex trafficking. Attendees from 21 Indian states and 13 countries came together to share ideas, identify challenges, and honor survivors like Sadhna* for bravely raising their voices (pictured left).

One prominent Indian activist celebrated, “This is the kind of convergence that will break the organized crime of human trafficking—because today we are organized to fight it.” 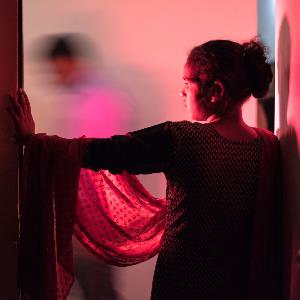 Two traffickers were finally brought to justice in a Mumbai courtroom this July, bringing IJM’s total convictions to 101 since our anti-sex trafficking program launched in 2000. This is a major accomplishment for IJM’s team, representing hundreds of victims protected and years of progress in the justice system that will soon end sex trafficking for good.

Indian courts are better equipped than ever to stand up for victims of sex trafficking and IJM is honored to be their trusted partner. At one court in particular, IJM cases made up 68% of the successful trafficking convictions between 2002 and 2015. 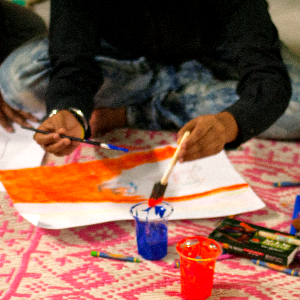 IJM’s second annual Survivor Reunion in Kolkata brought together 21 courageous young women who have overcome the abuse of their past and are now thriving in freedom. In a weekend of lessons and laughter, the survivors shared their stories and laid out big dreams for the future: whether finishing school, getting married, or starting a business.

IJM Aftercare Coordinator Anju Sherpa said, “This was a hope-instilling event where we saw all our survivors as champions…To us, they are our real heroes.”